The Hare is tucked away in the very south of the North York Moors National Park. We offer a Tasting menu, each dish individually designed to showcase our team's ability, local produce at its finest and to incorporate different cooking techniques including both modern & traditional methods. 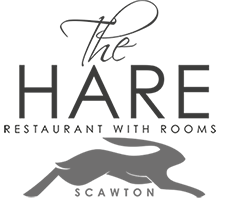